How to get the best out of you

Part of the process involves me spending up to 120 hours in the passenger's seat with her whilst she slowly gets her hours up behind the wheel. Without me providing appropriate feedback we both might not reach our next birthday. There's a lot at stake. 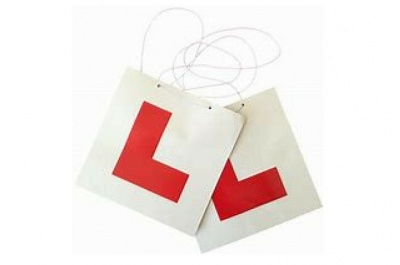 As I sit there in the passenger's seat trying to look relaxed and sound calm, I wonder what's the best way for me to quickly lift her confidence on the road.

She needs to know that she belongs on the road. She has every right to be there. I want her to feel confident behind the wheel, but not over confident.

When it comes to offering her feedback I only have 3 options:

Say nothing
Say something positive
Suggest an improvement

A lot of the time I choose to say nothing.

If she only hears me making comments about her poor driving or inexperience that will surely affect her confidence. However, if I ignore some of what I’m witnessing occur right in front of my eyes we both might end up on the national road toll. It’s a delicate balance.

Everybody responds differently to feedback.

Your skill as an experienced leader is to know how and when to adapt your approach. Different people respond in different ways. We all have our own unique view of the world that’s shaped immensely by our upbringing.

Each approach to feedback has its own merits.

I have just read Leading, an excellent book on leadership by the former Manchester United Manager, Sir Alex Ferguson. Sir Alex grew up in a working-class home in Glasgow, Scotland. His father was very reluctant to offer him any positive feedback or praise. He was a tough man who rarely took a holiday and worked extremely long hours. Conversely, his mother always saw a positive in everything he did. He recalls coming home from a game of football where his team had won 3-0. He scored all 3 goals. His mother and father watched the game. His mother told him how well he had played. His father told him he needed to pass the ball more. He believes some of the success he had as leader could be attributed to the fact that he received feedback from both barrels as child.

You will have your own natural style and approach to providing feedback. It has been shaped over many years of both giving and receiving it. I’m not suggesting that you need to change this. Just be aware of what comes naturally to you. It may not suit everyone you are working with. Influencing the people, you work with is never easy.

I’ve worked with a lot of people who are very reluctant to ever provide any constructive criticism. They either say nothing or just stay positive things. This may lose its effectiveness over time and probably doesn’t help the person to reach their potential.

I’ve also worked closely with people who resemble Sir Alex Fergusons father. No matter what you do, they are never happy. After a while this will wear people down. People respond well to realistic and positive feedback. Just make it genuine and sincere and be careful about not over doing it.

Sometimes you will struggle to receive any feedback from people you are working with. Be careful. Don’t jump too quickly to any conclusions. Be patient, work on your relationship with them. It may take them to time to feel comfortable about sharing things with you.

A few years ago I recall running a 5-day leadership program for senior managers. There were 15 participants on the program. Most of them were willing most of the time to express their opinions and provide feedback. At the half way mark of the 5th day a participant who had not uttered a single word over the course of the program came up to me on a break. I could see he wanted to share something with me. He cleared his throat and asked me if it was OK for him to talk to me. To say I was a little surprised would be an understatement. Of course, I said, what is it? He explained to me that the reason he hadn’t made a single contribution to the group discussion was to do with his childhood. I asked him if he wanted to tell me something that perhaps was on his mind. He then told me that when he was a young boy if he made a comment at home that his mother didn’t appreciate he would be hit hard with a cane across his wrist and the back of his hand. The scars both physical and mental were still with him, 35 years later, living in a different country and now a fully-grown adult.

I mentioned to Emily yesterday, whilst she was driving, if she sees an Amber light, she needs to approach it with caution. Feedback is very similar. Be very careful about how you approach commenting on someone else’s work. Take a moment and think of your 3 options.

When Em goes flying around another corner, mounts the curb and almost cleans up 2 pedestrians a dog and 3 parked cars it’s not always easy for me to say;

"Nice, really nice Em”. It’s more natural to say “What the f*** were you doing, you stupid teenager with your half-formed bird brain! You almost wrote me and the car off”.

Natural, yes. Does it help? I doubt it.

When I’m in the car with Emily it’s more than just our relationship that’s on the line. It’s our lives.