How to turn a loss into a win

I used to hate losing. It still irks me now when my 8-year-old son knocks me off in a game of backgammon. He beat me twice this weekend. I’ll show the little bugger next time who’s the boss on the backgammon board.

When I was 11 years old I unsuccessfully tried to melt a trophy in a saucepan on the stove I had won because I thought I should have won a bigger one. I was gutted.

Can you really win if you lose? Nicola (she likes to be called Nic) is my middle child. She’s 12 years old. On Sunday, her soccer team lost 4-0 in a cup match. They were completely outplayed. Until Sunday they had won each game quite easily. They’ve never really been tested. When you keep winning easily you don’t really learn a lot. You become very complacent. Great teams know that you need to lose a few games to see what you are made of. 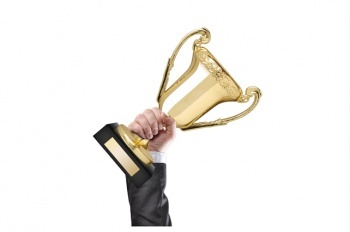 I hope that it hurt Nic and the team and that they were disappointed they were thumped. If it didn’t upset them I doubt they will really improve.

The easiest thing to do when you lose is to blame other people and avoid taking responsibility. In sport you can blame the umpires, your coach, the conditions, even your team mates. The reality is blame never helps. All the best performers I have worked with always take responsibility for their own actions. They know the best way for a team to lift its performance is for each member of that team to work harder on getting better. Sometimes it’s hard for 12 year olds to understand this. In fact some adults I have worked with don’t really understand this. They seem to think they should always win. I knew a guy in Perth who claimed that he was unbeaten in social tennis matches for 10 years. I asked him how many matches had he played in the past 10 years? He said “that’s not important”.

In your career I’m sure that lots of things haven’t gone your way. You’ve been looked over for more senior roles, you’ve failed to win deals you were sure you’d win and you’ve probably under performed at a big presentation. That’s all perfectly natural. It happens to everyone. What separates you from your peers is how you deal with these things.

You have 3 options when you fail:

Option 1 - Doing nothing about it. This is the path of least resistance. You can blame anyone and everything but yourself. If you want to stay average or slowly get worse then this is always your best option. Doing nothing is actually quite easy to do. It’s the law of inertia. Change is hard. Giving yourself objective feedback is also very difficult. High performers will avoid doing nothing when they lose. They won’t beat themselves up over a loss, but it certainly will hurt them.  If losing doesn’t hurt you then it probably means you don’t really care. If you don’t really care, then why compete in the first place? If you choose to go into any contest you must accept the consequences. Some people only enter contests they know they can win. This tells you a lot about their character.

Option 2 – Learn from the experience. This is what the high performers always do. They realise that mistakes and losing can be life’s greatest teachers. They ask themselves questions. Were they under prepared? Complacent? Did they panic under pressure? Did they avoid thinking calmly and staying present focused? What can they do about the fact it didn’t go their way? How can they reduce the chances of the same things occurring next time? Losing is a strong word. Apart from George Costanza who wants to be known as a loser? Maybe you didn’t really lose or fail. You just learnt a couple of powerful lessons. Speak with any successful actor or athlete and they will quickly tell you how many times they have been knocked down. Plenty of people have told them they don’t have what it takes. They know though, that to be successful they need to dust themselves off, learn from the experience, get back on their feet and get back out there. Have another crack. The easiest thing to do is give up.

Option 3: Change the environment. If you are continually being overlooked for that next role or promotion it might just be that others don’t see the potential you have. Alternatively they could feel threatened by you. You can keep trying, but it might just be that your skills and your attitude will be appreciated far more elsewhere. Perhaps you should cut your losses and find another place that sees the potential you have and the value you can provide.

I don’t know what Nic will end up doing with her sport. That’s up to her. What I do know is that each time she doesn’t win, she should learn a lot from the experience. Far more than when she wins easily. So keep losing Nicola (but not every week) and take away some valuable life lessons with you. I wouldn't mind seeing a few tears as well after a big loss.