Congratulations on $1 billion of profit in the last financial year.  If you can reduce costs even more on flights in the next 12 months, think of what the growth could be!

As a frequent flyer with your airline, I would like to give you a little feedback from some recent flights.

I’m starting to think it’s time to try the other carriers in the domestic market and give them a chance to see how they treat me as a frequent flyer.

Why have I included these oatmeal biscuits for you?

They were offered to me as dinner on a flight this week.  After working all day, I was looking for something a little more nutritious and filling for dinner.  Perhaps someone in your office would like them.

Background on my concerns 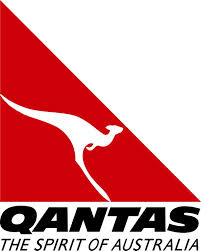 In the past year, I must have taken at least 25 flights on your airline.

I just wanted to highlight three recent experiences from the past two weeks.

The flight departed at 8.45pm.  The snack on the flight was some nuts and sultanas.  Tremendous.  “Any chance of dinner?”  “No.  It’s too late”.

The flight was delayed 3 hours. That happens, and I understand. The compensation provided by Qantas?  A $15 voucher which I could redeem at the airport. The meal offered to me on the flight at 12.45pm, 30 minutes after we took off, was breakfast. I don’t usually have breakfast at 12.45pm.  he reason given? The catering could not be changed. It seems strange, as the flight was delayed for 3 hours. More likely, “if we change the catering, it will cost us more money.  Why not just give them breakfast anyway, it won’t really matter.  They are only customers back there on our flights”.

The flight departed at 7.00pm. There were long delays at Melbourne airport that day, due to a security breach.  Totally understandable. The meal offered on the flight? Oatmeal biscuits (see enclosed). The reason given?  "This was a scheduled 4.00pm flight and catering could not be changed."

What I am seeking, Geoff.

3. Compensation for poor treatment: Either an additional 50,000 frequent flyer points, upgraded frequent flyer status, or upgrades (if available) on my next flights to Western Australia, for my wife and I, and back (to Sydney).

I am looking forward to your feedback.