The biggest mistake with goal setting

Early in my career, I used to think about my goals for the New Year for about 15 minutes, at 11.30pm on December 31st. As part of my thorough preparation I would ensure I had plenty of alcohol in my system and was surrounded by a lot of noise and flashing lights. 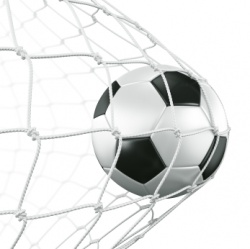 It might come as no surprise to you that most of those goals that I set myself never amounted to anything. In fact by about week 2 in January I would have been hard pressed to remember even one of them.

I spend a lot of time thinking about goals and working closely with people helping them to set achievable goals. I have made plenty of mistakes with my own goal setting over the years; Not writing them down, not referring to them often enough, giving up on them too quickly and not having enough support around me to help me to achieve those goals.

However, above all else, the number 1 mistake I see with goal setting is that people don’t allow themselves enough time to think through what they really want to achieve. They try and set their big goals quickly. It rarely works.

If you want to have a better 2014 than you had this year I suggest that October and November are the months to start to crystallise your thinking. Plant some seeds in your mind and see what starts to grow in the next few months. Do you know that there are only 84 days left in this year? Before you know it the year will have slipped by.

Great leaders, and yes you should be one of those, know the importance of goal setting. You can’t just fall in to a leadership role. Your staff may not have the same goal setting skills or desires that you have. Successful leaders know that their success is based on the performances of the people that they lead. If you want your team to achieve better results in 2014 then I suggest that now is the time to get them thinking about what they want to achieve next year.

You might have some thoughts on what may help them, but ultimately their motivation should be innate, coming from within. You should use your skills to help them to articulate their thoughts and dreams for next year.

October is a critical month for setting up next year. Don’t waste it. Take some time when you are out walking, swimming or doing your yoga, to think about what you really want to achieve next year. I like to split my goals between personal and professional ones.

One tip that I discovered a few years ago with goal setting is to achieve a goal very early in the year. You are then letting yourself know that you can do this. Book that next holiday, paint your deck, enroll in the cake decorating class, start your own blog.

2014 could be your best year yet both personally and professionally. I’m not suggesting that you plan every minute of it. How dull. I am suggesting that you make a decision that you want it to be a great year. Find some time this month, to reflect on this year and to start to think about next year. How do you see 2014 shaping up? What are 3 things you really want to achieve next year? By starting to think about it now, I think that by Mid-December you will be clear on your goals for next year. Then all you have to do is stick with the plan you have made to achieve those goals. Good luck.