The one time in life I really got lucky

We were apprentice punters. You need to be 18 to place a bet, so we relied on older brothers, parents and occasional strangers to place our bets. 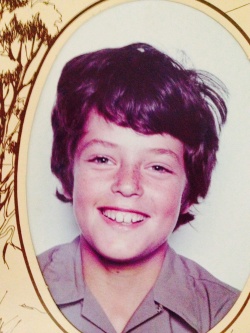 We would use our pocket money and try and come home from the track with more money than we turned up with. As any punter can tell you, that’s no easy task.

If I left the racetrack with any money at all in my pocket, apart from my bus fare home I would say that I had enjoyed a successful day. Most days I would leave with nothing. Sometimes not even my bus fare home. I had to earn the subtle art of fare evasion as a survival strategy at 13 years old.

There was one day though when I struck gold. I’ll never forget it.

The funny thing about why I won so much money was it wasn’t in the usual way.

Here’s what happened on that amazing day.

Richard and I had discovered that some people throw away winning tickets. This might seem strange, but it really happens. I am sure it still happens today.

When you are 13 years old and you only have about $20 to bet with for a whole day of punting, you need all the help you can get. So Richard and I used to look for discarded tickets. You would see a lot on the ground. Every now and then we found a winning discarded ticket. It might be worth $7.50 or occasionally $20.

On the day that I really got lucky I picked up a discarded trifecta ticket off the ground, just after race 2 had been completed. (A trifecta is picking the first 3 horses past the post in the correct order). Trifectas are very hard to select. I looked closely at the numbers. I’d already learnt that numbers are very important in life.

The numbers on the ticket corresponded with the horses that had just finished 1st, 2nd and 3rd in the last race. I looked even closer at the ticket. Surely this couldn’t be right. Perhaps this was for a previous race. I looked again. I was holding in my hand the winning ticket for the last race. Some poor punter had thrown away a winning ticket. There is no lost and found for winning tickets at the race track. It simply wouldn’t work. Ask any punter you know and they can explain to you why it wouldn’t work.

So there I am a 13 year old boy in my King Gee khaki shorts and Quicksilver tee shirt sucking on a chupa chup lollipop. I’m holding a winning trifecta ticket fairly and squarely in the middle of my little 13 year old shaking hands. What was this ticket worth? My heart was pounding. I was sweating more than Clive Palmer on a hot summer’s night in Kuala Lumpur.

I walked over to the results monitor to look closely at the results for the last race. The trifecta had paid very well indeed. Far more than I could have ever imagined. That would buy me a weeks’ worth of Chupa Chups and large Chocolate milk (660mls) from the school canteen. I’d even have some change left over for some fruit tingles and a cream doughnut. How much was this ticket really worth?

What was the ticket worth? If you’ve read this far I really should tell you. $802.50. That’s a lot of cream doughnuts, large chocolate milks and fruit tingles.

Within a year of that amazing day I’d retired from punting. It wasn’t really for me. I’d had my special punting day very early in my life. I realised that every time I went to the track the chances of me coming back a winner were becoming more and more remote. At the end of the day I would trek through the bookmakers car park on the way to the bus.

The bookies had lovely cars and there was I with the other mug punters boarding the public bus with nothing more than a tatty old racebook in my back pocket. At the age of 14 I decided I’d be better of backing myself in life than betting on animals that can’t speak.