What do you do about poor performers?

A few years ago we had a bowl of white peaches on the kitchen bench. 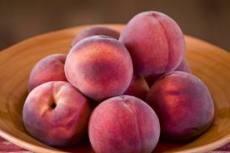 I noticed one day that one of the peaches had a few very small fruit flies buzzing around it. No big deal.

In my wisdom I decided to do nothing about it. The rest of the peaches looked fine to me.

I thought my wife would probably notice the fruit fly on the bad peach and she would deal with it.

Two days later I went to grab another peach from the bowl. I also noticed how soft it was. It also had a lot of fruit flies on it, so I threw it out. I grabbed another one it was also rotten.

In fact when I checked the fruit bowl all the peaches were ruined. If only I had thrown out that first rotting white peach when I noticed it had the fruit fly.

Move forward 3 years and I see that the Australian cricket coach and leadership group have decided to suspend 4 players for failing to complete what should have been a relatively simple task.

On the one hand the whole episode is hilarious.

On the other hand it raises some very important questions for any high performing team.

What do you do about poor performers?

Why set up people in your team to fail?

Why didn’t the players complete their homework?

What would have happened if Warne or Ponting were still in the team and they hadn’t done their homework?

What does it show you about the respect and the relationships between the leadership group and those players?

How important is it that the punishment should fit the crime?

How will this act, suspending the players affect the culture of the team?

It’s easy to ignore the little problems, in any relationship when you first notice them. You hope that they’ll just go away. They rarely do.

High performing teams know how important it is to deal with little problems quickly before they grow in to bigger problems. They provide quality and timely feedback. Have you ever heard the saying, “nip it in the bud”.

I wish that I had just thrown out that rotting white peach as soon as I saw it.