While you see a chance you take it

“While you see a chance you take it” (singer - Steve Winwood)

When I was 32 years old I had to make a big career decision. I was offered the chance of a new role in an unknown industry. 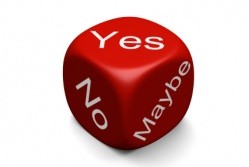 I had a good, reliable steady job and was recently married. The role I was offered was full of uncertainty, risk and I'd be working directly for a rather unusual chap. I’d be stepping out of my comfort zone and into the unknown. Should I stay or should I go?

In June 2000, I was offered a job as a corporate trainer.

At the time I was working as a PE teacher and the head cricket coach at Sydney Grammar School. I knew I was ready for a fresh challenge.

Teaching adolescent boys wasn’t doing it for me. The bureaucracy of education was frustrating. My instinct told me I wasn’t really cut out to be a long-term teacher.  I was more comfortable dealing with adults than teenagers. I knew I needed a fresh challenge. I knew that the longer I stayed at the school, in my comfort zone, the harder it would be to leave.

I had played professional and semiprofessional cricket for the best part of 10 years in Australia and the United Kingdom. I had always enjoyed working closely with people who were driven to succeed. I found that being part of a high performing team was invigorating. I had a business degree behind me, my coaching qualifications and had worked in some sales roles. I had learnt from sport the importance of always backing yourself in tough situations.

My wife was working part time for a guy who she told me was a trainer. When she first told me this, I asked her what was he training? Race horses or greyhounds? She said, neither. He works with humans. Helping them to perform better at work.  At the time I had no idea that this type of job even existed.

I met him a few times and found out more about what his work involved. He was very different to me. Quite an unusual chap. I knew this was a good thing as you can only learn so much from people who are similar to you. If you want to grow and develop you have to be around people who are different to you.

He was looking to grow his business. Fortunately for me, he offered me a role after a 3 – 6-month trial period. He saw potential in me and was willing to take a chance. The decision I had to make was a tough one. Was I ready to step out of my comfort zone?

The job sounded pretty straight forward. He had a lot of contacts who apparently all wanted more training. All I needed to do was ring them up and invite them to attend upcoming Presentation Skills workshops he would be running. Surely it couldn’t be that tough. Over time he would train me. He was confident that in the future I could deliver these workshops myself.

So, I bit the bullet and resigned from my position at Sydney Grammar School. I was nervous and excited about my new challenge.

On my first day in my new career, he had left a shoe-box on my desk with 100s of old business cards in it. He said;

“Steve, just call these people and let them know about the upcoming workshops I’m running. They all know me well and will be keen to hear about what’s coming up”.

It was a tough start. He wasn’t even around to help me with the calls.

In those first four weeks I made 100s of calls. Most people I rang, when I introduced myself would say;

“How did you get my number?”

“Do not call me ever again! Take me off your list”.

Compared to teaching PE or coaching cricket this was hard. It was confronting. I was receiving so many knock backs everyday.

After a month I decided that the best course of action would be to quit.

I would approach the school about getting my old job back there. Life at the school was much easier. No cold calling. No isolation. No fear of failure.

Then the more I thought about it the more I realised that I couldn’t quit yet.

I recall telling my father in law, Frank, a man of few words, that I was going to quit. He looked at me and slowly said…

He went on to say;

“You wouldn’t have left your last job if you really wanted to be there”.

So I was faced with this dilemma.

Do I quit and go back to the devil I already knew?

Do I just remain miserable and accept this job is my new reality?

Do I tough it out, improve and work hard on turning myself into the best corporate trainer in Australia?

I decided to tough it out. I couldn’t face the thought of going to back to my teaching and coaching job with my tail between my legs. Seeing those spotty faced, smelly teenage boys again was not very appealing. I knew I didn’t have the patience to continue to coach those under achieving cricketers.

I said to myself that I have to hang in there and make this corporate training role work.

By the end of the first year I had developed some new skills. I now knew I had to stick with it a bit longer. I was building some momentum. I was starting to earn more money and my skills as a trainer and facilitator were developing.

By the end of year 2 I was starting to develop some commercial relationships.

By the end of year 3 the prospects were calling me and asking me if I could come and work with their team.

I stopped working for the guy who put me on after 5 years and decided it was time to try and build my own business. It was time to put into practice a lot of the things the owner of the business had taught me. He was an excellent trainer. He taught me a lot.

My only regret was I should have left sooner.

It’s almost 17 years since I walked away out of my comfort zone at Sydney Grammar. I’m so glad I did.

It would have been so easy to have quit as a corporate trainer at any stage in the first year. I’m so glad I didn’t.

Hanging in there is a very under rated life skill.

The Twitter generation expects immediate results and instant gratification. I know that you can achieve enormous success in your career if you are brave, patient, and confident enough to work outside your comfort zone, and be willing to hang in there. Be patient.

Whenever I hear the song by Steve Winwood ”while you see a chance take it” I think to myself  I’m so glad I took the chance that came my way 17 years ago.

What are you waiting for?